October 1, 2019
"I’m just so thankful to all the caregivers at NorthShore who helped save my life so I can continue this work." — Cardiovascular patient James Hessenthaler with Kiefer, a bichon poodle mix

Following a career as a financial planner, Jim Hessenthaler did not envision his retirement as a reason to slow down. Instead, the 72-year-old Gurnee resident immersed himself in humanitarian efforts that have taken him all over the world, including volunteering with an organization that builds playgrounds for refugee camps and orphanages around the globe.

But a serious heart issue nearly put an end to his mission work and his life. Hessenthaler had just returned home from Puerto Rico, where he had helped rebuild a church damaged by hurricane Maria. He had been experiencing shortness of breath, and the Vietnam War veteran was picking up some medications at a Veterans Administration hospital when his condition dramatically worsened.

“I started feeling bad and said, ‘Get me a wheelchair and take me to the ER,’” Hessenthaler recalled. “That was on a Monday. And the next thing I can remember was waking up the following Saturday at a NorthShore Hospital after having a heart procedure.” 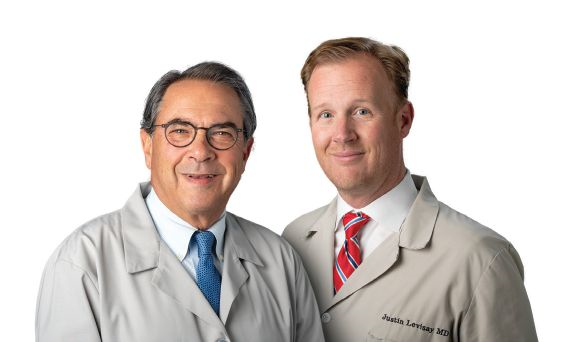 Due to his increasingly grave condition, the team at the VA hospital transferred Hessenthaler to NorthShore Cardiovascular Institute, where he was seen by Cardiologist Jay Alexander, MD, and Surgeon Jonathan Somers, MD. A transesophageal echocardiogram, which provides a clearer assessment of heart structure and function, found that Hessenthaler’s aortic valve was failing.

“The valve had torn, and I was being starved of blood to my brain and other parts of my body,” Hessenthaler said. “I would have died if they hadn’t taken quick action.”

Not only did the NorthShore cardio team have the expertise to address Hessenthaler’s life-threatening issue, but also the Institute recently implemented a new rapid response protocol to better handle these kinds of emergencies, explained Justin Levisay, MD, who serves as Medical Director for NorthShore’s Cardiac Catheterization Labs.

“In the past, the surgery Jim needed typically required some prep time, but now we can respond much faster to this kind of deteriorating heart condition so we can save more lives,” added Dr. Levisay, who holds an academic appointment at the University of Chicago Pritzker School of Medicine.

Initially, Hessenthaler was placed on a ventilator to stabilize him. The next morning, Dr. Levisay performed a transcatheter aortic valve replacement (TAVR). During the intricate, minimally invasive procedure, a catheter is inserted through the groin. Using advanced imaging, it is then guided through the patient’s blood vessels to the heart where a replacement aortic valve is placed inside the damaged one. NorthShore performs TAVR at Evanston Hospital, and this year became the first health system to offer this procedure in Lake County at NorthShore Highland Park Hospital.

A few days after the TAVR, Hessenthaler was released from the hospital and is now working his way back into shape with the help of NorthShore Cardiac Rehab. He has already resumed some of his volunteer work with his church in Gurnee and is hoping to soon make another mission trip overseas.

“We’ve built almost 900 playgrounds in 82 countries,” Hessenthaler noted, referencing the Rockford-based charity Kids Around the World, where he serves on the board. “I found this passion, and I’m just so thankful to all the caregivers at NorthShore who helped save my life so I can continue this work.” 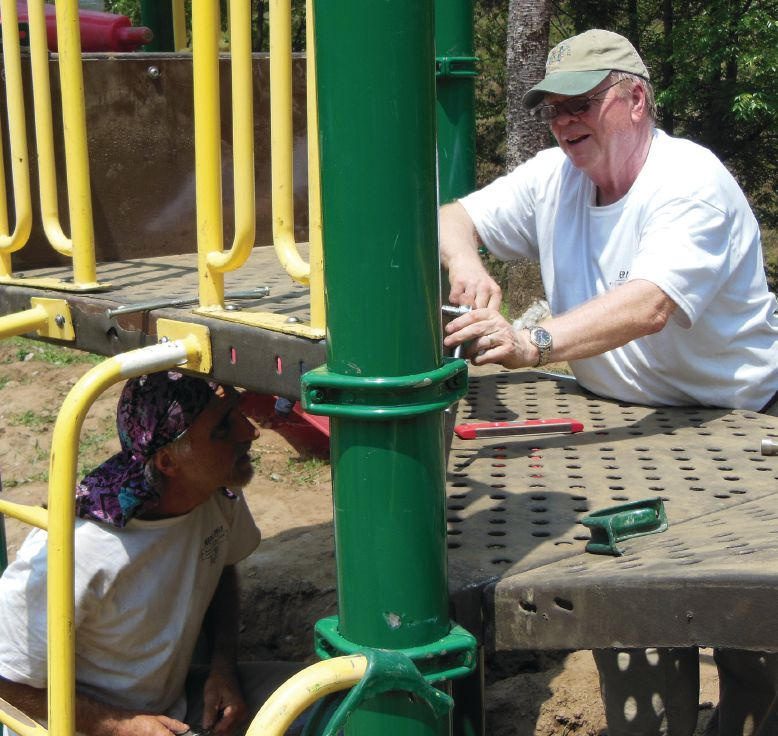 With his aortic valve repaired, James Hessenthaler is eager to get back to building playgrounds for orphanages and refugee camps around the world, like this project he worked on in Nepal.

At the Heart of Collaborative Care

The Structural Heart Disease Program at NorthShore Cardiovascular Institute has assembled one of the best multidisciplinary teams in the nation to evaluate, treat and provide coordinated care for patients with heart valve problems and structural heart disease. Learn more about our advanced capabilities at northshore.org/z14.